Microsoft is proud to support amazing open source projects, initiatives, foundations, and contribute to thousands of open source communities on GitHub and beyond.

Here are just a few of the ways that we're working to collectively empower every person and every organization on the planet to achieve more.

The Free and Open Source Software Fund (FOSS Fund) is a way for our employees to collectively select open source projects to receive $10,000 sponsorship awards throughout the year.

Microsoft's engineers select projects they are super passionate about. Only employees who contribute to open source projects can participate in the selection process.

The fastest JSON validator for Node.js and browser.

Used in many Microsoft projects. 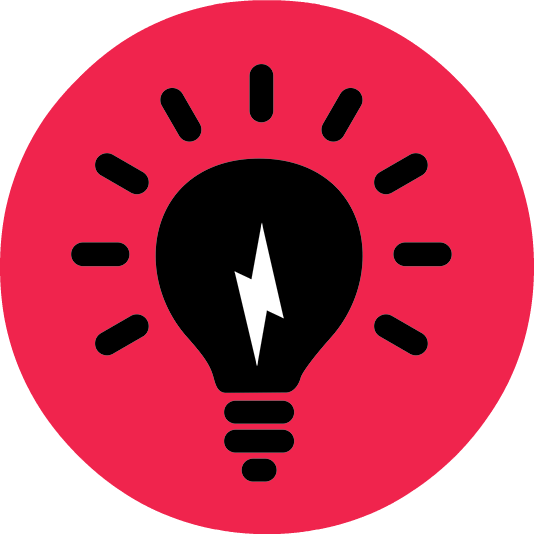 Award-winning feminist tech project helping survivors of abuse get the information & support they need. Open-source. Volunteer-run. 'Design with, not for.

Chayn is a global nonprofit, run by survivors and allies from around the world, creating resources to inform and support the healing of survivors of gender-based violence. We create open source online resources and services for survivors of abuse that are trauma-informed, intersectional, multi-lingual and feminist.

.NET nanoFramework goal is to be a platform that enables the writing of managed code applications for constrained embedded devices. Developers can harness the familiar IDE Visual Studio and their .NET (C#) knowledge to quickly write applications without having to worry about the low level hardware intricacies of a micro-controller.

Developers can harness the familiar IDE Visual Studio and their .NET (C#) knowledge to quickly write applications without having to worry about the low level hardware intricacies of a micro-controller. 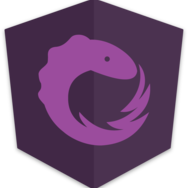 Reactive Extensions for Angular. Used by many Microsoft projects.

A small cross-platform UI library that brings the simplicity of native UI development to the web.

Syn is a parsing library for parsing a stream of Rust tokens into a syntax tree of Rust source code.

47% of all published Rust crates on crates.io depend transitively on syn. The Microsoft windows crate as well as the Azure SDK for Rust depend on syn for code generation. Sponsorship to maintainer David Tolnay.

Find and fix problems in your JavaScript code.

Engineers across Microsoft love ESLint and use it as an important part of their inner dev loop. ESLint makes the JavaScript and TypeScript world more consistent and helps everyone be more efficient in delivering value.

dbatools is PowerShell module that you may think of like a command-line SQL Server Management Studio.

dbatools saved me and many Microsoft DBAs a lot of time when it comes to managing SQL. It is always one of the first PowerShell modules I install on my notebook.

:This is a critical project in the Python ecosystem for enabling 'normal' color output to work on Windows. It is used by a wide variety of projects, including the Azure CLI and pip. Sponsorship to maintainer Jonathan Hartley.

The Grain compiler toolchain and CLI. Home of the modern web staple.

Grain is an exciting new language targeting the WebAssembly runtime. Grain aims to modernize innovative features from functional and academic programming languages and bring them to the masses. It is a flexible and easy-to-learn functional programming language. Because it compiles to Wasm, it runs across OSes and architectures, in browswer and out of browser.. 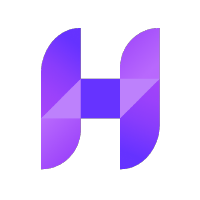 Hikaya, which means story in Arabic works with nonprofits to introduce a set of integrated tools that re-engineer how data are used within these organizations. By building open source solutions on common data standards, they help nonprofits worldwide improve their delivery of goods and services to those most in need while making reporting to funders more transparent.

Activity is a tool that makes it easier for nonprofits to manage their project activities and KPI results. Activity is based on an open source project started at Mercy Corps in 2014. Activity is hosted and maintained by Hikaya and can be used any nonprofit: https://activity.hikaya.app/

QEMU is a generic and open source machine emulator and virtualizer. Virtualization is a fundamental piece for effective OS development and beyond, be it emulating a bare-metal K8s environment or testing software on various OSes. QEMU also enables users to run an operating system other than there current one.

QEMU is the most universal virtualization software and I consider it a critical infrastructure. It also enables binary translation to execute foreign architecture binaries (e.g. container images).

rust-analyzer is an implementation of Language Server Protocol for the Rust programming language. It provides features like completion and goto definition for many code editors, including VS Code, Emacs and Vim.

This sponsorship is currently being processed. The selection process completed in July 2020.

There is a large Rust fanbase at Microsoft, and engineers using Rust find themselves using rust-analyzer every day. It's often paired with Visual Studio Code by productive Rust engineers.

This sponsorship is currently being processed. The selection process completed in August 2020.

(NTP) is a networking protocol for clock synchronization between computer systems over packet-switched, variable-latency data networks.

This sponsorship is currently being processed. The selection process completed in August 2020. 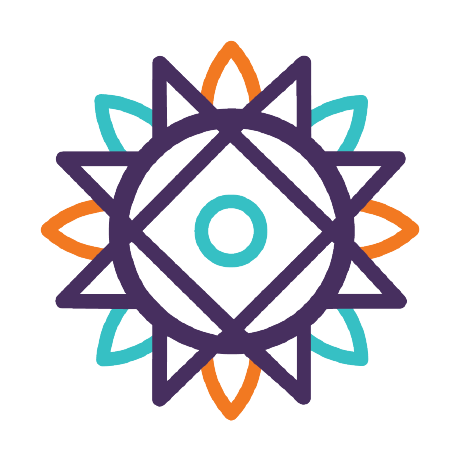 NVDA is developed by NV Access in collaboration with a global community of contributors. 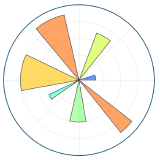 Matplotlib is a comprehensive library for creating static, animated, and interactive visualizations in Python.

Matplotlib produces publication-quality figures in a variety of hardcopy formats and interactive environments across platforms. Matplotlib can be used in Python scripts, the Python and IPython shell, web application servers, and various graphical user interface toolkits. 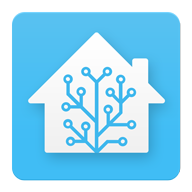 Powered by a worldwide community of tinkerers and DIY enthusiasts. 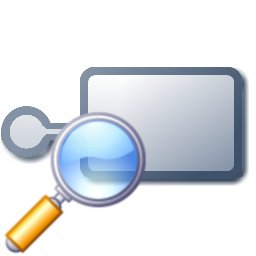 ILSpy is the open-source .NET assembly browser and decompiler.

ILSpy ships in Visual Studio and is powering the important Decompilation feature, used by many VS users.

SharpLab is a .NET code playground that shows intermediate steps and results of code compilation.

Sharplab is an interactive, online C#, VB, and F# compiler that is heavily used by both the Roslyn team and the wider .NET community.

Whether an official contribution as part of a team's business goals, an after-hours project in robotics and hackathons, or contributions to non-profits and communities, our employees are always involved.

NOTE: This data represents contributions on GitHub that some of our employees have opted in to sharing. Microsoft does not endorse any particular contribution here, as this list will include everything from hobbyist work through official upstream contributions.

Microsoft is proud to participate, partner, and sponsor many amazing initiatives to better the open source ecosystem.

Advancing the print industry with a universal specification for 3D printing

Next Generation, Open-Source Digital Media Technology for Everyone

ClearlyDefined is on a mission to help FOSS projects thrive by being, well, clearly defined. Lack of clarity around licenses and security vulnerabilities reduces engagement — that means fewer users, fewer contributors and a smaller community.

DIF is an engineering-driven organization focused on developing the foundational elements necessary to establish an open ecosystem for decentralized identity and ensure interop between all participants.

The .NET Foundation is an independent, non-profit organization established to support an innovative, commercially friendly, open-source ecosystem around the .NET platform.

The Eclipse Foundation provides our global community of individuals and organizations with a mature, scalable, and business-friendly environment for open source software collaboration and innovation.

Ensuring the quality, stability and long-term maintenance of the Linux kernel.

LF Networking supports the largest set of networking projects with the broadest community in the industry that collaborate on this opportunity.

The Open Container Initiative is an open governance structure for the express purpose of creating open industry standards around container formats and runtimes.

The Open Compute Project (OCP) is reimagining hardware, making it more efficient, flexible, and scalable. Join our global community of technology leaders working together to break open the black box of proprietary IT infrastructure to achieve greater choice, customization, and cost savings.

The OpenJS Foundation is made up of 32 open source JavaScript projects including Appium, Dojo, Electron, jQuery, Node.js, and webpack. Our mission is to support the healthy growth of JavaScript and web technologies by providing a neutral organization to host and sustain projects, as well as collaboratively fund activities that benefit the ecosystem as a whole.

The OpenSSF brings together work from the Linux Foundation-initiated Core Infrastructure Initiative (CII), the GitHub-initiated Open Source Security Coalition (OSSC), and other open-source security efforts to improve the security of open-source software by building a broader community, targeted initiatives, and best practices.

For over 20 years the Open Source Initiative (OSI) has worked to raise awareness and adoption of open source software, and build bridges between open source communities of practice. As a global non-profit, the OSI champions software freedom in society through education, collaboration, and infrastructure, stewarding the Open Source Definition (OSD), and preventing abuse of the ideals and ethos inherent to the open source movement.

The central mission of the R Consortium is to work with and provide support to the R Foundation and to the key organizations developing, maintaining, distributing and using R software through the identification, development and implementation of infrastructure projects.

About the R Consortium

The Rust Foundation is an independent non-profit organization to steward the Rust programming language and ecosystem, with a unique focus on supporting the set of maintainers that govern and develop the project.

We are offering Azure credits to open source projects for their use for testing, builds, and other infrustructure support needs. Projects must apply for credits. Applications are reviewed and applicants will be contacted with a decision within 3-4 weeks.

Learn about our Azure Credits program